OK. In parts 1 and 1.5 I covered an article on why the marketing signaling doesn't matter, and specifically took the article to task for how it looked at a marketing/attention-seeking only filter to both of their actions.

Incidentally, this overview is well worth your time.

As I noted, at least in the case of the comicsgate imprint, it wasn't about trademarks or copyright, it was about registration and infrastructure building, so there is of course a marketing/recognition aspect but it isn't the main point. And frankly, if you recall the set of Aydin Paladin vids I posted about whether the customer is always right, companies that resort to purely PR moves aren't focused on the right thing - it's product and focus on excellence that makes for long term success, and if anything, the employees knowing you've got their back as long as they have yours, and that you won't ditch them the moment they become inconvenient. In short, you can aim to get attention, or deflect it, but in the end, it's who and what you are as a company, structurally, and product, that determines where it all goes.

Too bad corporations, as "individuals", tend toward the psychopathic.

So that's why the CG imprint mattered. Why does SJW signaling at Nike matter? Or Battletech, as I mentioned in the first article?

It can't be the effort or focus involved. In the case of BT they were going to have to do characters and art anyway, and adding a third menu option for addressives is relatively trivial. In the case of Nike, virtue signalling of a sort has been a part of their marketing since day one. The quality can be utterly mediocre but what Nike sells isn't shoes or sports shirts, but a lifestyle of achievement, of feeling good because you met a goal requiring working toward physical excellence, getting something done by getting up off your but and doing it.

As a result, their marketing never showed off a fat shlub as the epitome, except (rarely) as a man working hard to achieve. When they brought on an athlete, they brought on people who not only were arguably winners by getting to a professional level (and for this I count Olympics as well), but recognizably at the top of their game.

In the case of Nike, it's the change in what they're signaling. Yes, simply by getting into the NFL, Kaepernick is in the elite. But, he's not known for being a top NFL star, a superbowl winner, an Olympic gold medalist, or similar.

This resulted in a lot of memes showing people willing to sacrifice, and "just do it". Keep in mind, that's a slogan that already roots itself in the same font as "do what you will". 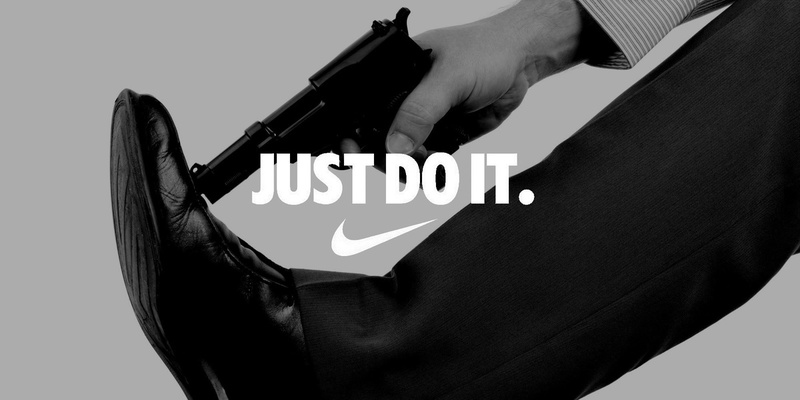 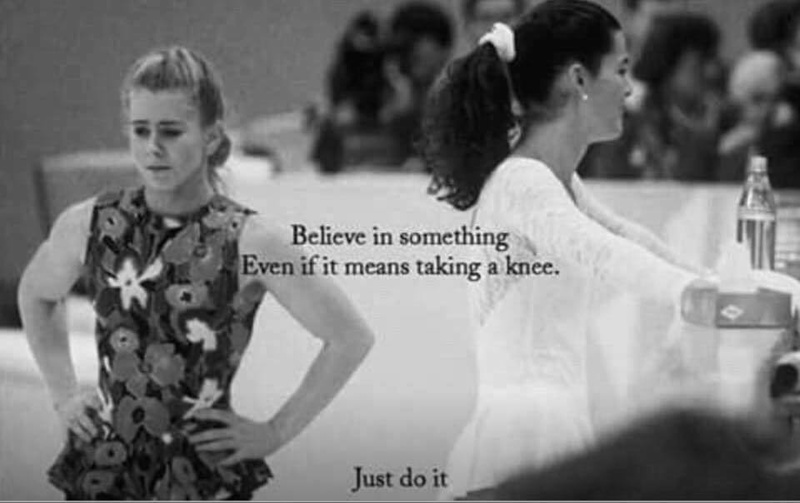 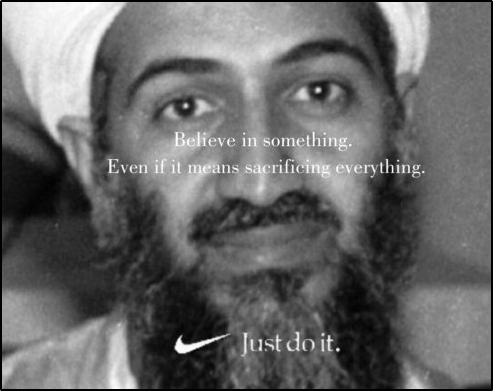 And yes, stock prices have finally closed up the previous drop and gone higher to a new record, so they may not have hurt themselves as much - yet - as many predicted (though I'd have predicted just based on the usual pattern after kerfluffles). Yet several universities have severed ties, so it's an open question to what the mid-term results are going to be as a lot of people who would have considered Nike are going to avoid it like the plague going forward. Is it less than the number of people who go "hey, I like people who are willing to openly side on such a divisive issue on the side I agree with"?

I can say from personal experience that a lot of blacks, even highly educated and successful ones in the middle class, buy the BLM narrative of racism, how the Charleston shooter was treated, and so on. And there are plenty of white liberals willing to prioritize throwing fellow whites under the bus.

As the recent death of the bikers in Tajikistan showed, there are a lot of naive fools who buy the liberal line and head heedlessly into danger, suffering "tragic" and "unexpected" deaths.

So Nike will sell well with that crowd. As long as that crowd remains a significant market, they will do well, without the crowd they've actively and symbolically told to fuck off. But leftists and social justice types always eat their own. Now that they've signaled their willingness to bend the knee, at some point they will have to compromise beyond their ability to do so and stay afloat as a business.

So a company who's focus is on athleticism and excellence is now turning it's message to politics. It doesn't bode well for a focus on quality running shoes.

It also told roughly half the country that disagrees with that policy to pound sand or bend the knee.

So, Battletech the HBS computer game. Granted, in this day and age, explicitly avoiding taking sides - not clapping hard and long enough - is taking a political stance and taking a side of sorts. At least a not-side. Nevertheless, they explicitly have not only taken a side, but taken the side of a not-truth. And what of the argument that it's just a small thing? That it's a small thing to help make sure some more potential players are represented?

Well, among the sane who wish to communicate with others using standard, commonly understood terms, that percentage is very small. And if we care about being represented, why in gods name is the command and support staff of the mercenary company, the minor house you're assisting, etc. all "minorities"? The only white guys you are shown are cannon fodder?

Representation does not matter, but we always knew they were hypocrites. It's about power. The power to to make you use their terms in the face of the truth, to accept their filters of reality despite what you see before you or the society you live in.

If you think I'm kidding, consider what Levis has done. Not content to request gun owners not carry in their stores, they now are actively funding anti-gun efforts. Or the attempt to shut out the gun industry and other badthought enterprises by cutting off financial resources.