The recent controversy that has caused more BLM-inspired riots (as if they need a reason)was the shooting of an “unarmed” black man by a cop (black, but it’s all whitey’s fault anyway, donchaknow), who’s daughter turned on her camera and promptly told the world he was completely innocent and just holding a book.

In addition to the riots, tweets went out with how a black man with a book was more dangerous than a black man with a gun. Yeah, right.While I was willing to consider the possibility the story, as presented in the media, was true (hey, Charleston finally gave the lying death-cult press the dead innocent black people at the hands of whitey it’s been praying for) …. I doubted it.

How could I tell? Well, muslim bombings aren’t the only place I’m a Bayesian.

So, yeah. A reporter taking photos of the scene has, in frame, something that is not a book. Looks like he was not unarmed. 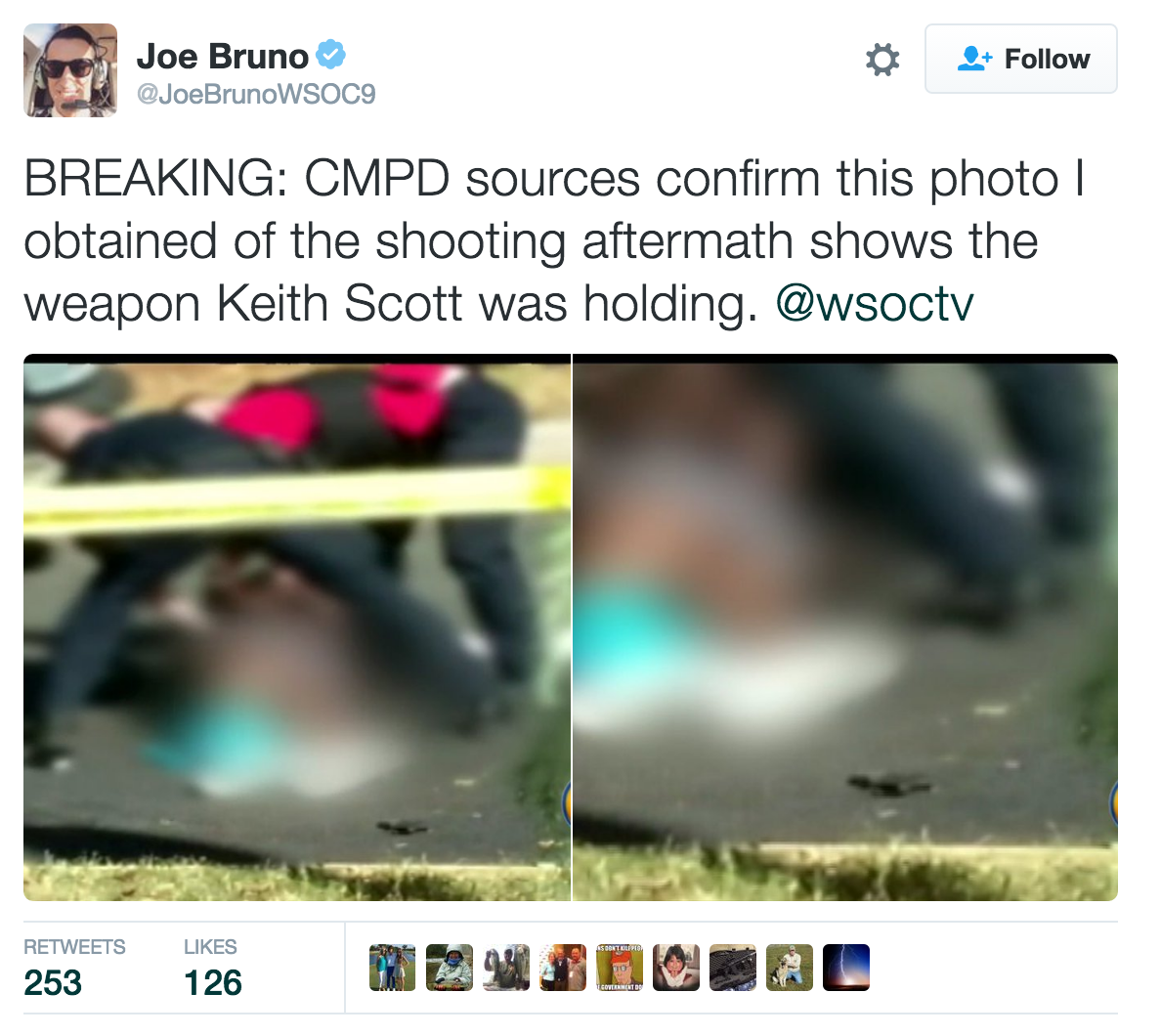 **Update:** As it turns out, the police fucked up in the case of tweeting out that specific picture, but not on Keith Scott being armed. What is shown in that picture is actually a glove. Other pictures and video from the event show him wearing the ankle holster police released evidence photos of.
Last Redoubt's Picture