Well. EA stepped in it.

So, to set a few things straight.

I fully want developers to make money, so they can make good games. Just because they put out an awesome game doesn’t mean I expect them to maintain patches and platform compatibility for years and years, migrate it to my favorite console or OS, and keep giving me new levels, etc.. I feel a dev is fully justified in charging subscriptions to maintain persistent game servers and/or develop new content for MMO’s or other constantly expanding universes, or to charge for an expansion.

“Pay to win” also gets a knock, but in some contexts I don’t mind. Take World of Tanks, specifically the blitz version. The entire game is arranged in tiers of lethality, with an entire tech tree of add ons and mods for each vehicle, and of the vehicles themselves. Tanks are grouped within a tier or two of each other for skirmishes, so you won’t see a L5 tank beating up on a L1 newb either. Yes, they regularly come up with new tanks that can in some circumstances be won by grinding through in a limited time, or simply bought, but not a single one is necessary to win or play.

You can grind through all the tech tree (I’m up around L6 for Germans and Russians), and affording to keep your tanks stocked in camo and reusables, nevermind add ons like better sighting scopes, etc., is pretty straightforward even for my aged reaction times without having to spend a dime.

You can play the entire game as much as you like, hone your skills, and never spend a cent on “gold” ammo, R&D/upgrades, shortcuts to crew training, or other timesavers (that said, I’ve spent maybe $30 total on odds and ends over time because I like the game and figured that being a free download, they should get something). Actually, of the above, the top-tier ammo is the only annoyance I have because it’s realistically unaffordable without spending money, and the penetration/damage edge it gives on a hit can one-shot an enemy tank. It truly is the only thing that’s pay-to-win, or at least to get a significant edge.

That said, even with golden BB shooters around, it never takes more than a coupe rounds to get comfortably and consistently in the middle of the pack  for end-game results standings wise. I almost always pot at least one tank before getting taken out, and usually help pot a few more through scouting or other assistance.

Why? Because money can get you an upper tier tank faster, but hard earned experience can compensate for even my aged reactions (especially in tank destroyers). And the people paying for nicer tanks are only playing against… nicer tanks.

Also – and all respect to some of my friends, but while it’s an evil randomized skinner box, it’s not really gambling. Hell, as much as magic is derided for “pay to win” by morons with more money than sense buying cases of cards to get one rare, it lives on in part because that random aspect has been turned into a feature – tournaments where fresh boxes are bought, and cards are drafted as the packs are passed around the table. The players have a reasonably even playing field, the game shot and WOTC make a sale, everyone has fun.

So, I want the devs to make money, and I can even tolerate pay-to-win if done well (especially for well done freemium). So why am I here?

Because here’s what I fucking want out of a game.

A complete game. As in – you budget for reimbursing the dev time, a year or so of patches, and the dev for your next project. I don’t need expansions, or part two with a whole new set of content/levels/scripted story ( a hell of a lot of good 1st gen H-life material just in that, btw) for free, or all new skins or game mods, but I want a complete game that, if it has a story, has a beginning and an end, that doesn’t have broken gameplay mechanics, hopefully doesn’t have showstopping visual bugs, and if there are bugs or patches needed (hey, there’s always something), resources dedicated to making it right.

A lot of studios seem to be failing at that these days. 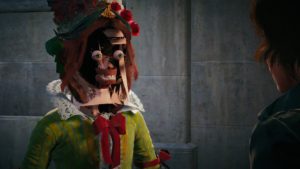 Having paid add ons and extras and weapons is fine, but balance them and don’t let them break the game (see “a complete game”) unless it’s a de facto sequel in its own sandbox. People will pay a lot for stupid hats (looking at you TF) but some of the weapons mods can be painful to deal with on the receiving end

I want to play the game until I’m bored, or have something else to take care of, or am too tired to stay awake. This one is nearly an instant dealbreaker for me on a lot of mobile games. What do you mean I have to wait 4 hours for a part to be installed that I just “paid” for with race winnings? And why can I only run x number of races a day? Oh, because you want me to pony up $$ for in-game currency to instant-install the parts or new thing I picked up, or to pay for extensions to my game time?

Sorry guys, if you want me to stop playing, I’ll stop.

I also won’t come back.

Also – there is a balance in the game grind, and every one of the games I’d seen that violate the above rule, implement some form of loot box.

This is where it gets evil.

I try out a street drag racing game. OK, “money” for parts needs to be earned, to improve all the core stats, but then there are extra add-ons for various major systems that… lo and behold… are required to get higher level components installed.

And they can’t simply be bought in a “shop” but must be won as the random drop after certain events. And they’re specific to one car, or small set of them. And you can run that event over and over, accumulating parts for cars you don’t need, selling most back because you’ve gotten your third or fourth of several, but not the one you need.

Or you can buy a bunch of loot boxes and get it that way, maybe.

Yes, I speak from experience. Except the part where I actually paid a damn cent for loot boxes.

Yes, I grew up with trading cards. There’s an aspect where you have to wheel and deal, or pay, directly or through buying pack after pack, for completeness. But a otherwise decent game that you literally can’t up your performance until you pay through the nose or grind for days to wait for that one random part? And incidentally, keeps kicking you out of the game, over and over again?

They are greedy. They want your money, and they want you to keep paying it. They’ll act like you have a way to do it on sheer grit, but put in place such steeply diminishing returns that in the end, you’ll have to pay, or quit.

I want to play. I want a chance to win. And I don’t mind paying once or twice for something good, because I want more stuff from the guy who made something I like, but I shouldn’t have to keep paying to get the most out of a game I payed for.