I was, and to a degree, still am, a huge fan of the Mark E Rodgers Samurai Cat books. It was a series of books about a ronin cat out to avenge the death of his lord, his wayward nephew, and their misadventures. Each one spoofed various genres, usually lovingly. Conan, Lord of the Rings, Arthurian Legend, Star Wars.

So, in the midst of taking apart the entirety of the  King universe(es), Miowara faces the lead vampire from Salem’s Lot – predictably the Count from Sesame Street. He has a cross in his hand, and the count tries to dissuade him from using it, pointing out that the cat is a buddhist, the cross will not work without faith, etc. Miowara uses it anyway, to great effect, and the count asks “why”. Miowara replies that as far as he was concerned, all he knew was that the Count was trying to get him to drop the cross.

I’ve kindof had that feeling re: gun control already, but I literally had a guy tell me – after a total non-sequitur about what size tank do I drive –  that my feeling of defending myself was all an illusion.

All I know is he’s spending an awful lot of time trying to convince me to let go of my guns.

Oh, and “he doesn’t care what I do wi 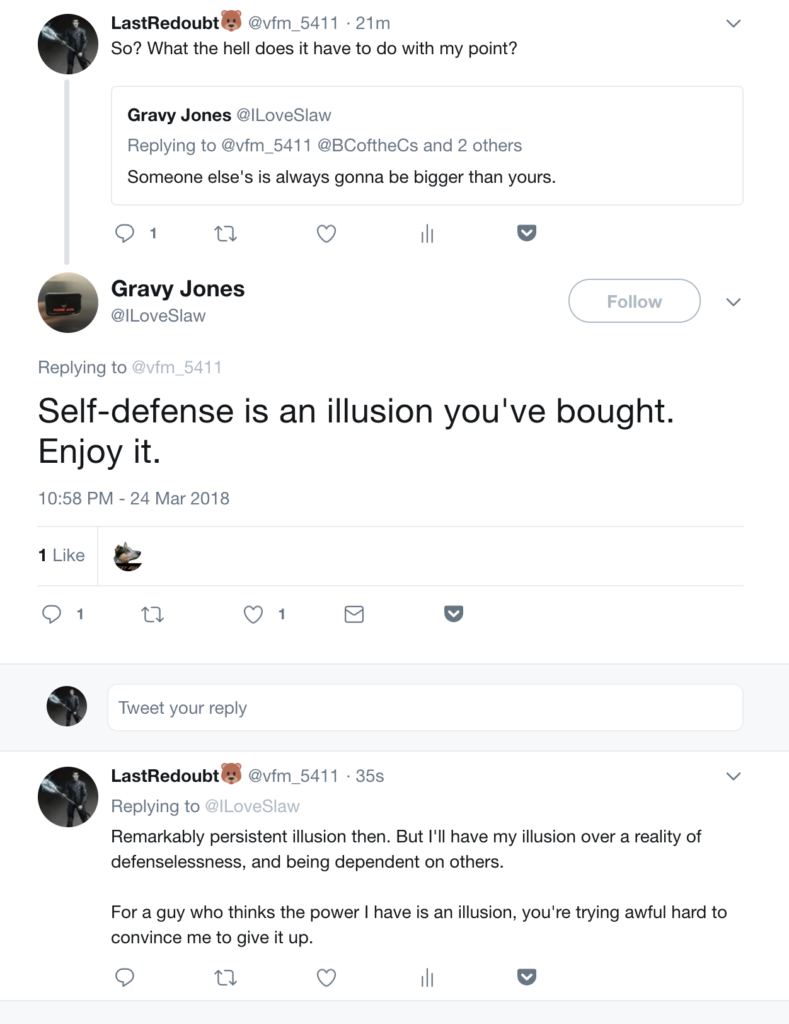