I still am debating the if/when of keeping comments going forward (sorry about the old ones in either case, they won’t import/export), but I’ve got the import / export chain for ghost working. The only part I haven’t proofed is copying images across the interwebz and then running a grep-style find/replace on the exported JSON file to update all the image link URLs for the new file root path, but that’s just copying, and a find/replace.

Hell, I haven’t even picked a theme out yet, and would be comfortable running with the default theme with a couple easy tweaks.

By way of example, one of my posts imported, slightly scrolled down. Post header images were properly imported: 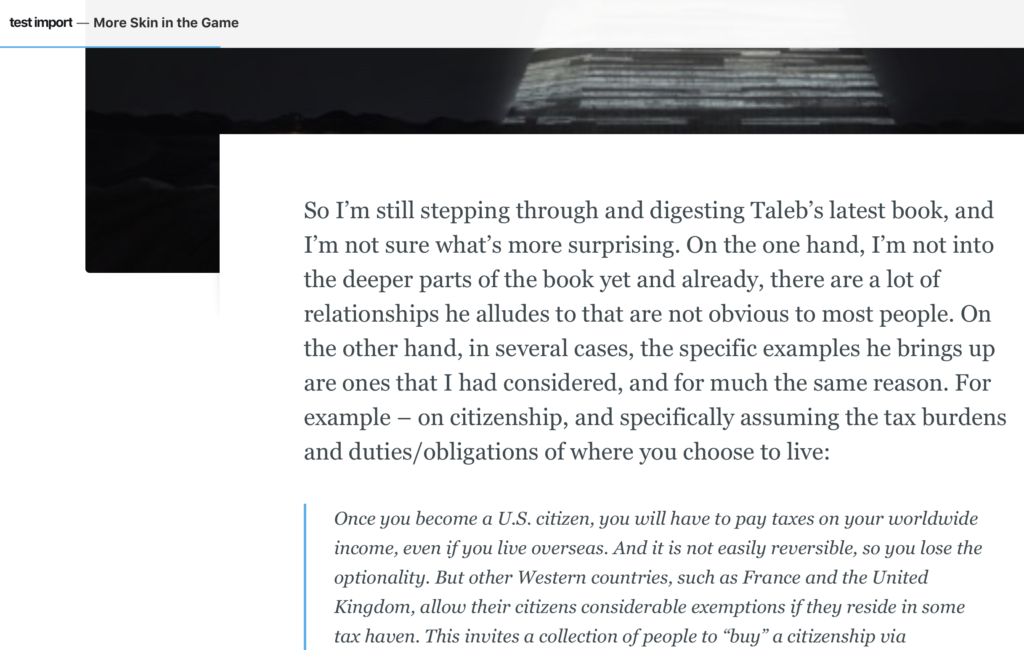 The home page for the basic theme may be brighter than what I’ll end up with, but does a good job. 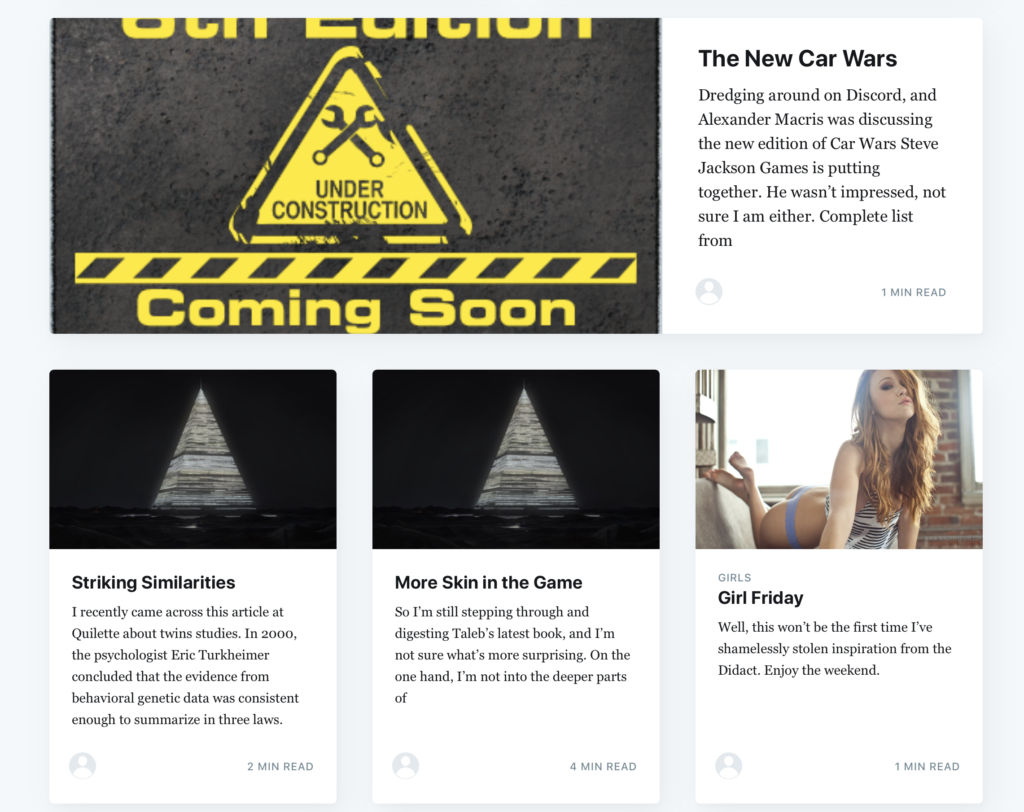 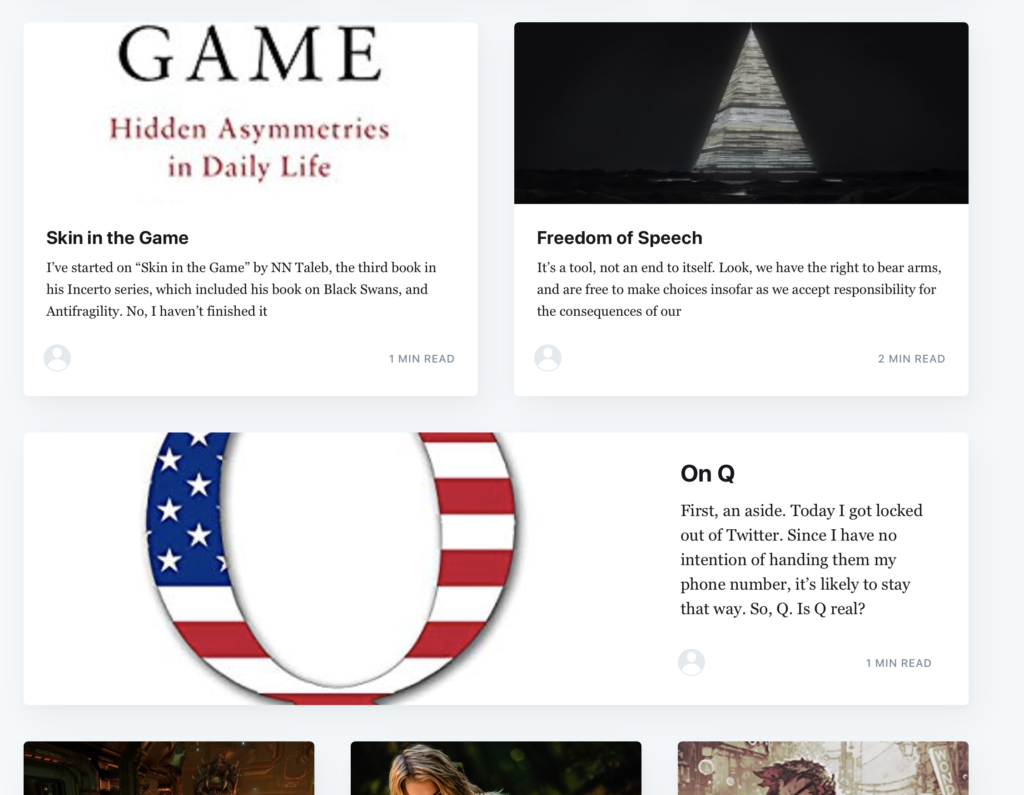 The editor itself allows for tweaking the basic metadata, but gets out of the way, and as noted previously, uses markdown. 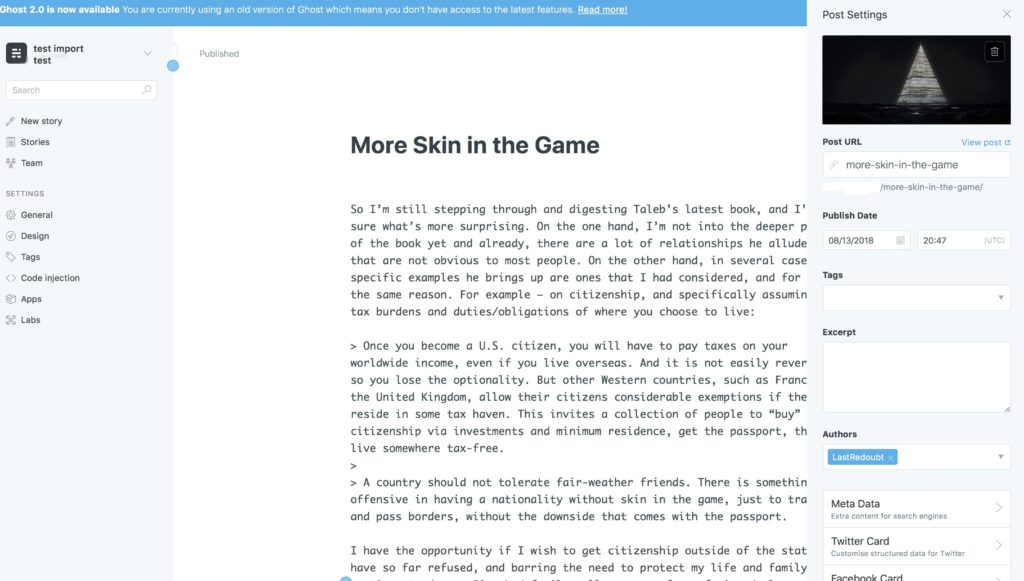 Markdown is not distraction free, but very human readable, and unlike HTML, parseable. You’ll notice that you can still add HTML tags where needed, such as for “cite” elements in the blockquote. 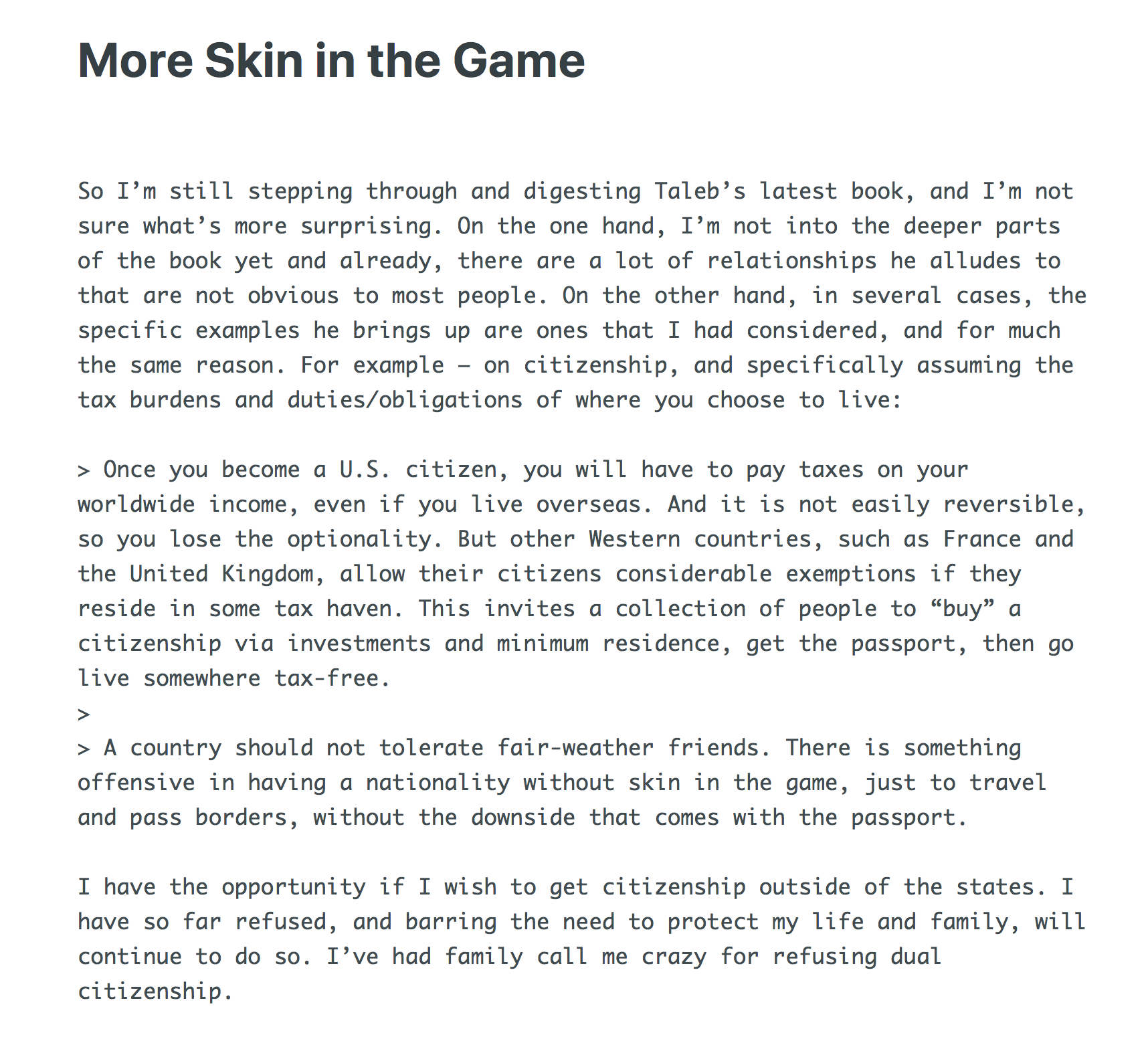 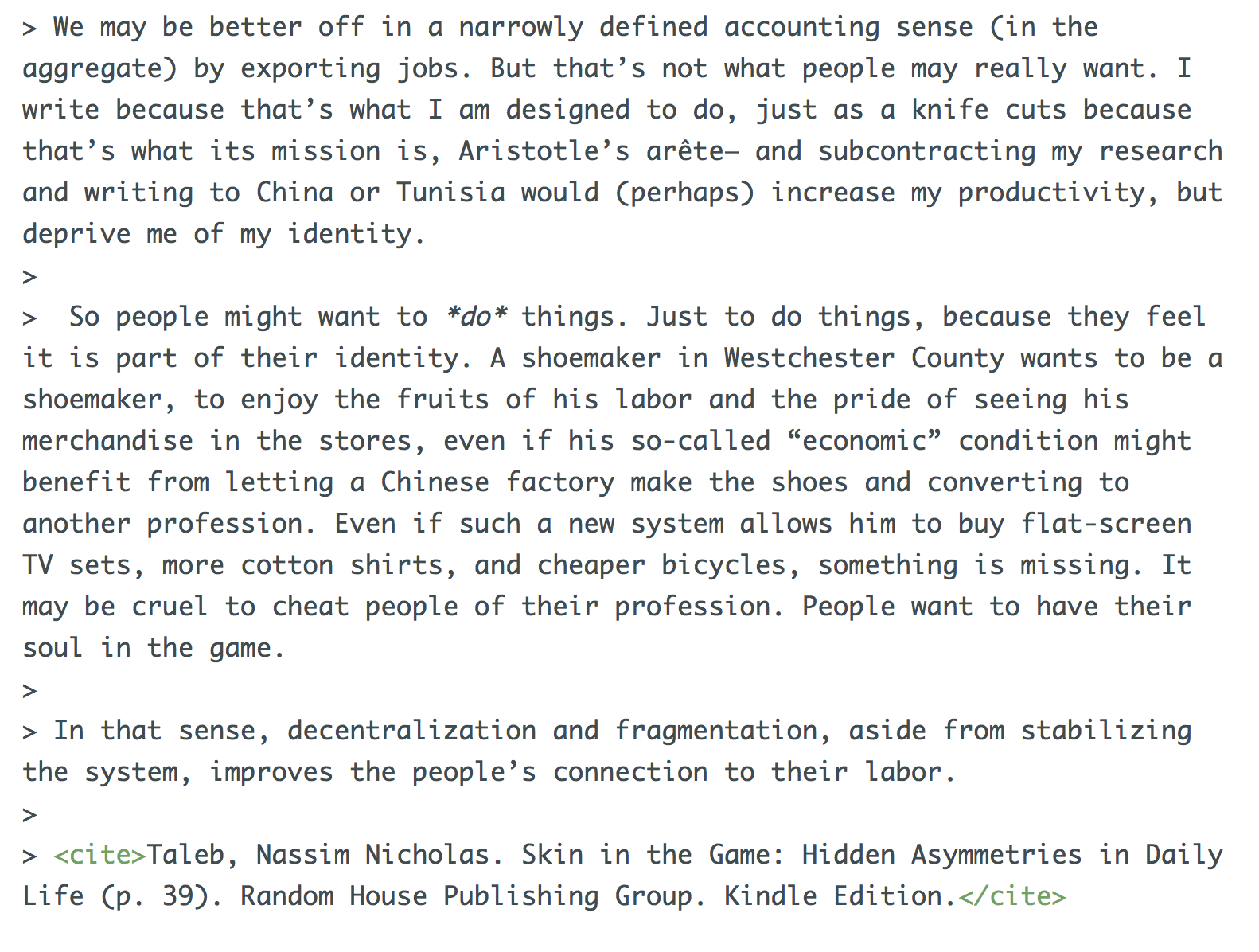