First, an excellent youtube speech (that incredibly offended the Democrats in attendance. Shucks. My heart bleeds…)

I mentioned earlier that one justification, when entering a space that is someone else’s – a friends home, a town hall, etc. –  then it is incumbent on me to follow the rules they set, and it is incumbent on them, given that predators and monsters exist, to take responsibility for a reasonable degree of protection.

I also pointed out that it’s not possible for the government to be there, standing at your shoulder, 24/7 to protect you without a police presence, and thus police state, that would make the most power-hungry despot drool with envy.

But let’s just take a minute to look at our current gun laws. These laws ban people convicted of violent crimes, or committed to certain types of psychiatric care, or dishonorably discharged from the military, from passing the background check to purchase a weapon.

Let’s pretend that every government official and bureaucrat is honest and selfless as the driven snow.

When you stop laughing, consider this.

Humans are not infallible.

Consider this, the Texas church shooter, stopped by a good guy with an AR-15, was discharged from the Air Force with cause, and due to domestic violence and other issues, if his records had been properly updated, would never have been able to buy a gun.

There’s plenty of evidence – affadavits from internal affairs investigations – that the Broward County Sheriff’s office was avoiding arresting and  charging teens, and covering it up. But let’s pretend they’re pure as the driven snow. While you cannot arrest someone for “precrime” a number of the complaints the cops were called out for were arrestable offenses such as assault and battery, etc. We’re asked to believe that they dealt with Cruz 39 times for such erratic and violent behavior and just shucks, never decided to arrest him.

Let’s assume that the deputies outside the school were not cowards. Instead, we are to believe, incompetently in contravention of standard procedure in place nationwide since Columbine, they were ordered to stand fast and wait, and none of the responding deputies from Broward knew better to go in anyway or remind the dispatcher. ( though the cops who showed up from the other department ran in right away when they arrived, so those guys obviously knew better).

At Sandy hook, the guy was never allowed to buy weapons. He killed his mom and stole hers.

The VA tech shooter should have been blocked for psych.

What’s amazing about the shooter histories – other than the percentage on psychotropic drugs and the overwhelming (all but one of the top 20-odd) number that were kids of single moms – is how often they would have been blocked if the existing laws had been followed, instead of ignored, or flat out overlooked by tragic mistake. And the ones that didn’t presented as normal enough from a legal history standpoint that rules blocking them would block most if not effectively all responsible gun owners.

But as I alluded earlier, referencing the internal affairs investigation, our protectors are not angels, and even angels fall.

This was a fun story. California state senator pushes gun control, then benefits from the black market he helped create! I wonder how much this impacted California’s horrible microstamping law which wiped out most gun manufacturers from being able to sell guns in the state. pic.twitter.com/ggUAB5CRxN

As has been observed, gun control is about who controls them. We’ve seen how that works out – and watching the left beat the crap out of people they disagree with doesn’t make me want to 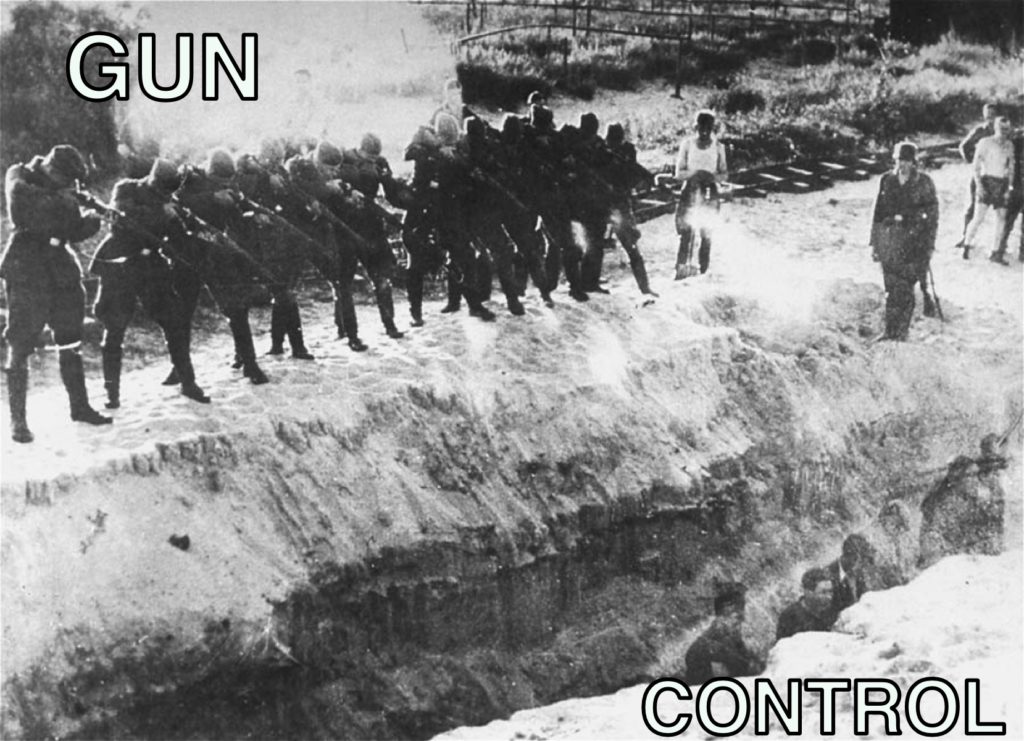 I’ll leave you with one last quote about the type of government that doesn’t trust it’s citizens to be armed.

"When you disarm the people, you commence to offend them and show that you distrust them either through cowardice or lack of confidence, and both of those opinions generate hatred." – Niccolò Machiavelli