There is some odd synchronicity going on this week.

A friend of mine on Google+ posted the above pic, and the discussion turned a bit to how there was a difference between collecting and working on things like models, figurines, bugs, wargames, etc., and these “cutesy” deliberately childish, collectibles.

Look, collecting things is fine. Coins, bugs, flowers, making models, all require craft and attention to detail. Games are also more than fine – chess, wargames, mancala, soccer – competition is healthy. That old saw about “putting away childish things” is more about what Jordan Peterson would call taking yourself seriously, including pushing your limits in the kind of fun you have, in all the choices you make.

Then, Scalzi ended up posting on why he cannot write. I won’t bother linking but if you want to see the kind of constant stream of excuses kids make:

Here in 2017, 1,850 words on the novel in a day — 1,85o usable words — is an actual goddamned miracle. I started Head On in January with the plan to be done in the first half of the year, to leave the rest of the year open for other projects, including getting a head start on the next book in the Interdependency series. And here we are in October and I’m still not done, and generally speaking I’ve been lucky if I’ve gotten a few hundred usable words out of a writing day. I have never had as hard a time writing a novel as I have had with this one.

Not because this particular book is hard to write. The novel, which is the sequel to Lock In, is complicated — it’s got a mysterious death and lots of twisty and turny bits — but I’ve done complicated before. Complicated is not inherently difficult to write. It just takes attention to detail, which normally I’m able to do just fine. When I write on it — when I have those stretches of being able to write — it all works. The plot flows well, the characters are doing their thing, and everything chugs along. What I’m writing is good. There’s just so much less of it than usually happens for me.

I’m not trying to be mysterious about what it is about 2017 that is different. The answer is obvious: Trump is president, and he’s a peevish bigoted incompetent surrounded by the same, and he’s wreaking havoc on large stretches of the American experience, both in his own person and by the chaos he invites. But to say “well, Trump,” is not really to give an answer with regard to what’s different. We’ve had terrible presidents before — George W. Bush springs to mind — and yet my ability to create work was not notably impacted. When Dubya was in office I wrote five novels. The Dubya era was a crappy time for America (recall the wars and the Great Recession) but from the point of view of productivity, it was just fine for me.

The thing is, the Trump era is a different kind of awful. It is, bluntly, unremittingawfulness. The man has been in office for nine months at this point and there is rarely a week or month where things have not been historically crappy, a feculent stew of Trump’s shittiness as a human and as a president, his epically corrupt and immoral administration, and the rise of worse elements of America finally feeling free to say, hey, in fact, they do hate Jews and gays and brown people. Maybe other people can focus when Shitty America is large and in charge, but I’m finding it difficult to do.

Here’s one way to put it: Twelve years ago, when Hurricane Katrina hit and the US Government flubbed its response and hundreds died, I was so angry and upset that I almost vomited in sadness and anger. It’s not an exaggeration, by the way — I literally felt like throwing up for a couple days straight. I eventually had to write “Being Poor” because it was either do that or go crazy. That was a week of feeling generally awful, and it wrecked me for another week after that. It took two weeks for me to get back on track with the novel I was writing at the time.

As I told one kid who perennially failed to carry his share, and always had an excuse as to why – it’s not that you have an excuse for why something isn’t done, it’s that you almost never have these things done on time, and there’s constantly excuses.

Of course, Brian weighed in, concluding:

Here’s the truth: Scalzi’s ongoing nosedive has nothing to do with who’s president or the current weather. It has everything to do with the fact that Patrick Nielsen Hayden handed him a golden ticket. Scalzi has never had to work in this business without Tor propping up his career. Now he’s losing favor to N.K. Jemisin, his last book underperformed, and he’s falling behind on his contract–all in the looming shadow of B&N’s failure.

Needless to say, Scalzi felt obligated to respond in his usual condescending manner:

He doesn’t address a single point Brian Niemeier makes, just calls him an asshole, implies he’s an attention whore, and uses the snarky oh-so-clever teenspeak he is fond of. I even noted when the tweet was pointed out, that it was of a kind with the aforementioned childish collectibles that are purchased, but not built, not developed, barely hunted if at all, and of childish proportions. It was also brought up in the discussion that this snarky oh-so-clever mode of speech appears to be rooted in Whedon’s “Buffy” and been adopted wholesale by SJW’s and the perennially immature and thin-skinned.

He also ends up directing more traffic to Brian.

9, Thus the irony of trying to use Solzhenitsyn as a cudgel here. I wonder what and how much more we could have had, had he lacked duress.

This would be the same Solzhenitsyn that started composing the Gulag Archipelago in his head while in a Siberian prison camp. Who didn’t merely have to face a world of politics he didn’t like but an actively evil system that found it not enough to kill its own people in job lots, but tormented them in the process while turning an entire nation into a prison system, had his materials stolen, had to write it in bits in pieces in friends homes, burying the work.

As opposed to waking up in his own bed, getting to sit down to his own computer, proclaim his “thoughts” to the world on his own website, and getting multimillion dollar writing contracts.

Can we say childish, narcissistic, and solipsistic?

In case you’re wondering, the below is on his site, he put it there. All by itself it would be sortof funny if it didn’t try so hard to be clever and was more self-deprecating… 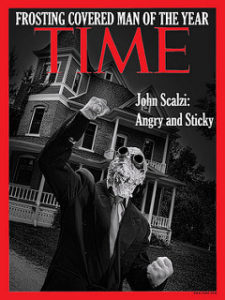 Unfortunately, he also has this (below). Remember, he’s proud his daughter can bench more than he can. 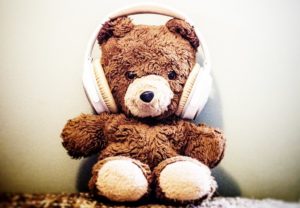 I took a stuffed turtle with me that my son gave me on every underway – and I wouldn’t even begin to make it the header for my site.