Vox Day posted on the value of rhetoric, and in the comments, someone brought up that for “If You Were Positive About Your Body You Would Take better Care of It” you should have a sexy nurse. And Vox obliged (above).

So of course people started in about how it should be real nurses and not strippers, how one guy’s wife reacted “but a stripper? No class!”, a stupid picture of a fit woman mountain climbing, etc. I’ll admit I jumped in with a reminder that we had blowups over what sounded similar to some of the not-helpful suggestions, but for some reason those worked. Why were these new suggestions bad then?

Let’s look at what they were and why they worked. There will be some crude language.

First, Vox’s example. The verbal jab is that accepting you’re fat and giving up instead of striving to improve yourself is not only unhealthy, but giving up. That’s dialectic, but simple, clear, and just that alone caused at least one commenter to go off on a rant about how some fat people can’t help it. You know you’re not healthy, and you know you’re giving up.

Look at that nurse. Sure, no real nurse would dress like that, but then, what is the image below? 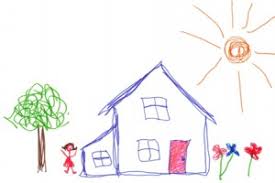 It is a “children’s drawing” of a house (I think this one actually is by a kid, but search for “children’s drawing of a house” and you’ll immediately notice that a lot of the illustrations aren’t actually by kids – too clean). More to the point, it doesn’t look like any actual house but it’s an iconic representation (as a further aside – people with autism tend to be very literal – they will remember specific churches, but can’t interpret your iconic church as a church).

Everybody in the damn world knows the aspects of a stereotypical “nurse’s” uniform, despite the fact that nurses for decades now have worn scrubs. And no matter how little fabric is left, you know, in the back of your head, that’s “nurse” – which works with the “health” aspect of the meme.

So why not actual doctors? Or the other suggestions?

We’re getting to that.

Any red-blooded guy who’s not otherwise obligated will want to fuck that woman. Sure, she may not be his “type” but she’s hot enough that it won’t matter for 99% of the guys there. Subliminal message, just like beer ads, “buy our product (take care of your body) and you could have this kind of life.”

Why does it work? Not just sex, desire.

And not just desire to have her, but the desire in her eyes, to be the kind of guy she’d be looking at like that, where you know if you pulled her into a private room…

So why this instead of “positive” athleticism re: women?

Oh, it’s desire alright, but how desire triggers jealousy. Sure, there’s a bit of “I want to look like that, like someone a guy wants to bend over the counter and have his way with me” – thus the whole B-P thing in the first place, to name something desirable in order to transform it into being desirable – but there’s also the anger knowing that guys would rather look at the sexy nurse slut than their unfit and unkempt selves, and in terms of their guys getting fit, that women closer to that ideal will be wanting to fuck the guys they are with or want, that they, the fatties won’t be the ones with the guy. Add in a dash of  “woman doing for her man” and feminists will scream. The hamster will spin the cage up so fast the bearings will burn out.

Because they want to be looked at like that woman and they know they can’t.

From the comments there, a guy who gets it:

“My guess is that the reaction M.Bibliophile described is going to be a common one among women. But they wouldn’t be so turned off by an image of a fit woman doing something athletic, whether it’s rock climbing or sprinting.”

Look, dumbass…. the “Fat but Fit” argument is basically a cover for “I’m still (sexually) attractive even though I’m grossly overweight”

The MOST EFFECTIVE… in fact, the ONLY effective image is one in which the female model is BLATANTLY PRESENTED AS AN OBJECT OF SEXUAL DESIRE.

A fat woman can lie to herself and say, “I could go cliff-climbing, too, if I wanted to… I just don’t want to.”

But she CAN NOT lie to herself and say, “I would look JUST AS ATTRACTIVE AS THE GIRL IN THIS PHOTO if I was wearing what she is wearing.”

The fact that your wife was getting so apoplectic about the model “being a stripper” (how does she know what the model does for a living???) demonstrates ABSOLUTELY that the message has utterly hit home…. that she sees that even a woman who she is referring to as “a stripper” is far more attractive in the eyes of most men than she is.

If you’re lucky, it will inspire her to reform her eating habits, and start taking the stairs instead of the elevator to go up 1 or 2 stories, and stop wasting gas looking for “the parking spot absolutely super-closest to the doors” when she goes to the mall. And if you’re REALLY lucky — to go hit the gym, or swimming pool lap lane, on a regular basis.

It presents fitness, health, and beauty as a good thing, it presents being lazy and out of shape and unattractive as bad. The words are good, but that image, that image inspires men, and hammers fat land whales like a falling Acme safe.

So why did feminists get up in arms about this one? 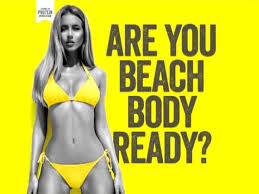 You may recall the apoplexy about this ad campaign around the time of gamergate. Reactions were… hysterical, in all senses of the word (I apologize in advance for any permanent optic nerve damage from the following images). 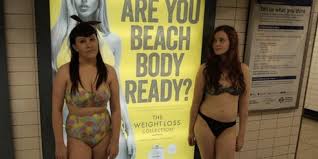 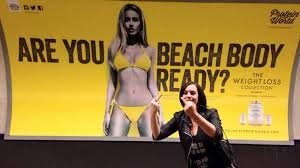 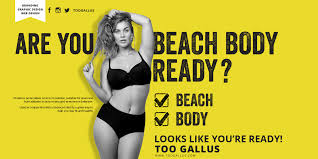 These are among the least aesthetically offensive.

That said, this pissed feminists off for almost exactly the same reasons – because it was a kick in the teeth to the body positivity movement. Sex and desire.

So why did this work? 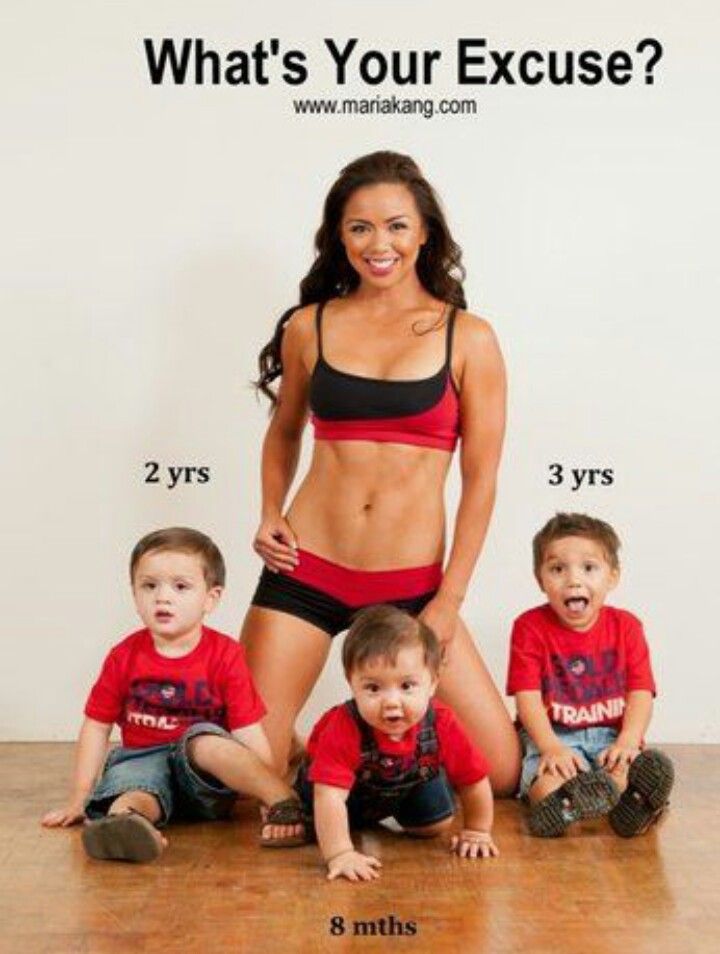 I’ll admit this is more fodder for the female hamster wheel than the male, but if you said “sex and desire”, you get a prize. Sure, beauty good, fat and lazy is bad (“What’s your excuse”). But sex? OK, this isn’t a direct sexual come on, but she is still an object of desire. She’s still pretty hot, the women screaming over her campaign know damn well they don’t look that good, and without resorting themselves, never will, and the three kids show that she has a guy who wants her and is still sticking with her and fucking her.It’s not a theoretical attraction to the women, she’s got proof of it on the floor around her.

And almost every suggestion given Vox after the daily meme pic was put up, from yoga pants to grrrrls being all athletic and shit, fails on all of these.