“Do unto others as you would have them do unto you”

Simple enough. Those of us in the west have heard it before, and likely have heard one of the common versions from other cultures.

From Buddhism: Hurt not others with that which pains yourself.

From the Talmud: What is hateful to you, do not to your fellow men.  That is
the entire Law; all the rest is commentary.

It is important to note though: the majority of other versions are negative, proscriptive, whereas the commonly stated Christian version is positive – it tells you how to act, what to target.

There are several key things that that brings about.

First of all – what you focus on is going to shape your behavior and thoughts toward that. If you focus on avoiding a problem, you’re not looking for a path to a solution. For that matter, focusing on that negative may very well caus 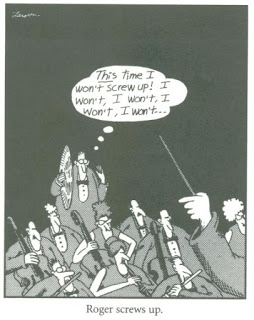 When athletes visualize how they’ll sprint, lift weights, or throw a ball, they focus on how they’ll successfully do it, not on how not to screw up. Among other things, the set of workable solutions is much smaller and easier to focus on.

More importantly to me right now though, is the relationship this has to game theory, the iterated prisoner’s dilemma, and what Stefan Molyneux refers to as universally preferable preferences. This is important because there are several common criticisms of the golden rule that boil down to, among other arguments,  about “but a prisoner”, and “I don’t know what he would want.”

You see – if your actions are not avoidant, but instead, you’re treating others as you expect to be treated in turn in a reciprocal moral framework, then how you treat others is a map for what you consider acceptable behavior.

But what if they don’t think it’s reciprocal? What if they’re borderlines, or malignant narcissists, or convinced they’re god?

A man willing to abuse those he has power over is advertising that he cannot be trusted until you establish that you won’t accept that behavior. A man who proves he’s not willing to work under rules you can both agree to is taking himself outside of the requirement to be treated well under those rules. This is where the prisoner’s dilemma comes in.

The winning strategy is to open with the co-operative choice – treating the other party as you would wish to be treated in turn, and establishing what your standards are for dealing with each other. If the other party screws you over, they’ve just advertised that they’re perfectly willing to take advantage of you. At that point, you hammer them until they start playing fair. At the extreme end, well, rabid dogs won’t get any better. It doesn’t matter if they understand why they’re trying to bite you.

This isn’t just tit for tat – they’re establishing what they consider their standard for conduct even if they cannot or will not articulate it, speak it. All you’re doing is applying their own standards to them.

Col. Kratman has noted before in his blog posts, and commentary on his Carrerra books, that for the laws of war to work, there has to be a mechanism for reprisals. In short, if the enemy won’t wear a uniform of sorts, uses hospitals, ambulances, and schools as defensive positions, etc., if they demonstrate that they’re not willing to “play fair,” – there is no reason to play fair in turn.

But, I wouldn’t want people hurting me!

Let me ask you this then.

A bully advertises they’re willing to use force to get what they want. They’re not likely to stop just because someone asks nicely. Is it any more moral to proclaim through your actions and choices that you’re willing to be beaten and be stolen from because you won’t hurt those who clearly are fine with doing you harm?

Are you willing to demonstrate that you accept the strong and abusive taking advantage of those they deem weaker?

But what about hierarchies of authority, or a judge condemning a prisoner?

No, the prisoner is not being treated how he’d “like” to be treated at that moment – but that didn’t stop him from robbing someone, or killing someone, or beating someone earlier, did it? By his choices he demonstrated that he is willing to take life, time, or property from other people against their will.

I’ll leave aside honest human error, but if a judge is abusing justice, sentencing a man in a kangaroo court, then he declares that justice is not his priority either. A commander who abuses his troops advertises that it’s perfectly OK for his superiors to abuse him.

Take a look at the parable of the unforgiving servant.

Then Peter came and said to him, “Lord, how often shall my brother sin against me, and I forgive him? Until seven times?”

Jesus said to him, “I don’t tell you until seven times, but, until seventy times seven. Therefore the Kingdom of Heaven is like a certain king, who wanted to reconcile accounts with his servants. When he had begun to reconcile, one was brought to him who owed him ten thousand talents. But because he couldn’t pay, his lord commanded him to be sold, with his wife, his children, and all that he had, and payment to be made. The servant therefore fell down and knelt before him, saying, ‘Lord, have patience with me, and I will repay you all!’ The lord of that servant, being moved with compassion, released him, and forgave him the debt.

“But that servant went out, and found one of his fellow servants, who owed him one hundred denarii, and he grabbed him, and took him by the throat, saying, ‘Pay me what you owe!’

“So his fellow servant fell down at his feet and begged him, saying, ‘Have patience with me, and I will repay you!’ He would not, but went and cast him into prison, until he should pay back that which was due. So when his fellow servants saw what was done, they were exceedingly sorry, and came and told to their lord all that was done. Then his lord called him in, and said to him, ‘You wicked servant! I forgave you all that debt, because you begged me. Shouldn’t you also have had mercy on your fellow servant, even as I had mercy on you?’ His lord was angry, and delivered him to the tormentors, until he should pay all that was due to him. So my heavenly Father will also do to you, if you don’t each forgive your brother from your hearts for his misdeeds.”

Does this sound like “don’t imprison the guy who owes you no matter what because you wouldn’t want to be imprisoned?”No.

The master forgave the servant. Yet, when the servant showed that not only had he no mercy himself, but was willing to abuse others over petty things, the master rescinded his mercy. The wicked servant displayed what his moral standards were, and so the master – though he first gave the guy a chance – treated him according to the standards he displayed.

Vox complains, rightly, that many who quote scripture do so incompletely or without the context of the rest of the bible. If turning the other cheek was meant to act like a welcome mat, if the golden rule was meant to prevent you from ever doing something someone else would find painful, you wouldn’t have the parable of the servants, Jesus driving the moneychangers out of the temple with a whip, or ordering his disciples to sell their cloaks for swords.

Update: It just occurred to me that this also ties into “SJW’s always project”